Toxic Masculinity. Here’s why it is a complete fallacy 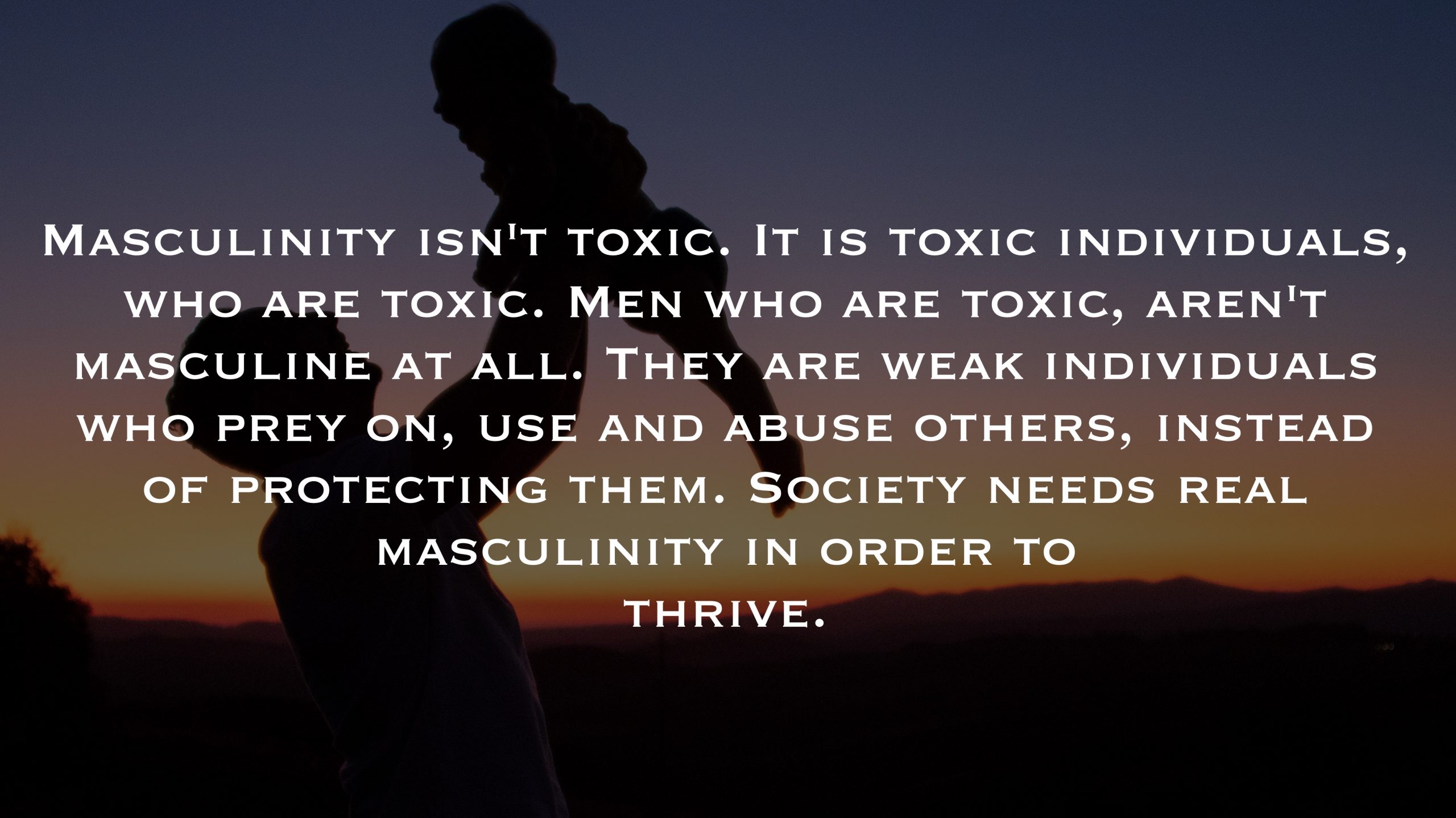 What Will Smith did to Chris Rock at the Oscars, was the actions of an individual hurting, not toxic masculinity.

It’s a term that’s been doing the rounds as of late. No doubt something that will eventually fade away like many other lexicon fads, but the term ‘toxic masculinity, is itself, a toxic term. Anyone who cannot see that is blinded by their own virtue signalling.

Isn’t it interesting that there is toxic masculinity, but the divine feminine? This is why it is so harmful having a term so broad and vague, that it tends act as a blanket term for an entire species.

I see it very differently. I believe there is the divine masculine, and the divine feminine, and in terms of toxicity, there are a small group of individuals who have the capacity to take any idea and give the masses a bad name.

Toxic individuals are just that and they should be treated as such. A person who is toxic, their views, and opinions are their own. Just because they are a bad apple, we shouldn’t let them spoil the whole bunch.

This ideology has been phased in because of this ridiculous cancel culture that has emerged. Anytime anyone now says anything that could be remotely offensive, and something you don’t like, we have a right to cancel them.

Having been a stand-up comedian for a number of years, I can tell you categorically that we need to laugh and not take ourselves too seriously. As a comedian I have been ripped by the other comedians, and I was totally fine with that.

I either sat there and took it, or I gave as good as I got, but the last thing I did was sat there feeling offended.

The problem is in the definition

Let me tell you the traits or the definition of masculinity as I see it, since the dictionary definition is so vanilla.

So, from my above definition, are any of those traits, toxic?

That’s right, because the facets of what you thought were toxic do not belong. Things like aggression, chauvinism, demanding, thoughtless, inconsiderate, disrespectful, demeaning, degrading and so many more.

All of the above do not belong to the masculine or feminine. They are neither the traits of toxic masculinity or feminity, but of toxic individuals.

We have gotten to a point where we we now nonchalantly throw around terms like toxic masculinity, narcissism or narcissistic, gaslighting and so many more. It is used so blindly. Barely a day or an hour goes by without seeing those terms swirling around on social media.

Today I happened to see the hashtag #mentoo trending on twitter, in response to the Amber Heard vs Johnny Depp trial and what ever you may think, I agree. When a man is accused, he is guilty immediately, even before there is even any kind of trial.

Toxic Masculinity is a complete misnomer. The two words in juxtaposition are a contradiction in terms. Don’t use it. Don’t advocate it, and let’s cancel the hell out of it!

8 Reasons To Stop Watching The News
Corona Virus Lockdown - 19 Things you can do during this time.
Why Charity Is More Than Just Donating Money
Share
WhatsApp
Pocket
Share
Pin
Tweet
0 Shares