10 Ways You Can Change The World 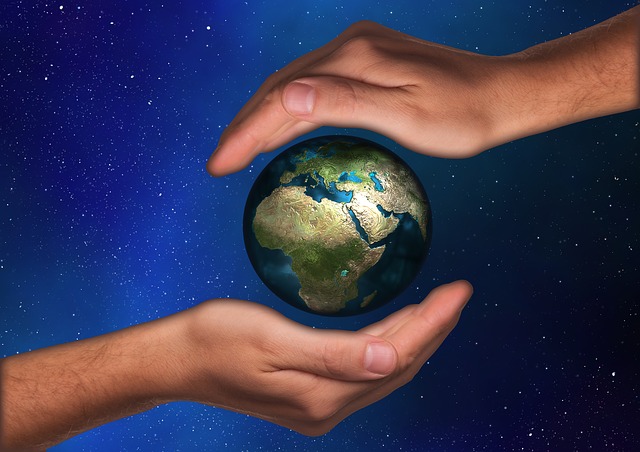 I think that deep down most people believe that the little things they do, ultimately don’t make a huge impact, on the planet or in tackling the many challenges we face as a collective team. I disagree with that wholeheartedly and I believe that often it’s the smallest things that can ultimately make the biggest difference.

You don’t have to worry or even give a second thought to the ripple effect of your actions. Take expectations out of the equation. Just do them and know that they’re making a difference to the world and forget about how and when.

I do believe that most of us, what we do now, we won’t necessarily see the effect of our actions even in this lifetime although they will manifest eventually. You’ve gotta ask yourself seriously about the kind of legacy you wish to leave behind; especially for your children. The difference you make is entirely down to what you do now. Without further ado, here are 10 ways you can change the world:

Something that means a great deal to me is the field of personal growth. Conscious personal growth is a core part of my life. I will spend time evolving, learning and growing. I will not allow a weakness to hold me back from doing the things I desire to accomplish in my life. Can you think of anything more productive in life than evolving? Love to learn and then put that into practice. When you expand your consciousness you automatically pass that on and passing that on means that the people around you also benefit from the things you’ve imbibed.

If you see the world and it’s problems as a hopeless case then you’re less likely to try and very unlikely to succeed in making changes. Hope is a long way from despair and it’s a step in the right direction but it’s only the first step. The most essential step of changing the world is action. If you see something that needs changing you have to act on it! Why wait for someone else to do it? What’s really stopping you except your own laziness?

It’s amazing how much subtle racism still exists even in this day and age. It’s time we starting looking past skin colour and other minor differences. It’s in my humble opinion that most of the major conflicts across the globe are caused by us noticing physical and cultural differences. When it’s said like that how petty does that seem?! That’s because it is very petty and these things can easily be resolved by supporting global leaders that do not advocate mindless animosity. We can make a difference by forgetting about differences and looking towards what we have in common.

Don’t wait to be approached to make a change. If you wait you could be waiting for a very long time. The time to act is always now so don’t wait to be asked. Just go and do it!

No one could convince me otherwise that we emanate vibrations. If you’re feeling particularly negative that’s the vibe you put out. If you’re feeling particularly positive that’s the vibe you put out. I was driving the other day and I was just focused on emitting those positive vibes as far as they could possibly reach. Am I crazy for thinking that it makes any difference whatsoever? Probably! 😆 But I know which of the two I would rather feel and if we do emit those frequencies then I know which I would rather put out to the rest of the world.

You can’t drive a car with your eyes closed and just hope for the best! (Although the drunk driver who crashed into me on Sunday might disagree with me) 😛 Sooner or later you’re gonna hit something. Open your eyes. The same applies to life. The eyes of life is awareness not autopilot. Autopilot is okay for things you mastered but autopilot needs to be switched off by who? Yes you! The pilot or driver of your life! You can decide when to switch it on or off. If you’ve been living on autopilot up till now it’s time to switch it off take the controls into your hands and get a feel for the plane. Just to clarify, that was a metaphor. 😆

I’m very passionate about working with children and empowering them to live more full and rich lives. That may not be something that appeals to you. You might like spending time with Elderly people who need care or even animals that have been mistreated. Whatever it is that stirs you inside is the thing that you should go and support! If the thing have you have a passion for has no supporting body then create one! Maybe that’s exactly what your purpose in life is!

8. Find Out For Yourself

I was watching a program last night about sleep and I realised that although these scientists appeared to know what they were talking about there was also so much information missing from the program. My intention is not to knock them in any shape or form it’s just that as much as they research and investigate there is always more to be discovered. Don’t take that which you hear or see at face value. If you really want to find out about something research it for yourself and maybe do your own experiments and see what the outcome is. Just as I’m experimenting with waking up naturally. Also don’t always believe what you hear in the tabloids about health. If you read them regularly then you’ll know that they’re rife with conflicting reports on a regular basis.

The most simple things can uplift other people. I have so much respect for people who can approach me and just say hello! That does happen quite often and I end up having very deep fulfilling conversations with these people and we both walk away feeling uplifted and inspired. You don’t have to approach strangers but I would highly recommend it. You can start with those closest to you. When you uplift them they will naturally spread that to others. It’s a very powerful ripple! In fact it’s more like tsunami! Just as hate can spread like wildfire so can joy! I’ve seen it in motion and way more fun!

10. Use Your Power Of Choice

When more and more people start using the power of choice the more and more this world will become a more wonderful place to live. I’m not saying we’ll manage to fix all the worlds problems in one go but I do know we can make a dent and do something wonderful. As far as I’m concerned it’s not even for us. It’s for our children. I don’t want to eliminate problems because the skills we get from solving problems equip us with invaluable tools. It’s about dealing with the challenges we face in a more constructive manner.

One last thing I want to bring into the mix is doing things at random. Next time you’re out getting a coffee. Ask the person in the queue behind your or even in front of you what they’re having and buy them their drink. Just see the reaction on the face and I promise you that act won’t go unrewarded. It will ripple.

Rewrite Your Reactions And Use Your Power To Choose
10 Magnificent Messages To Spread Peace
How To Stop Overthinking And Repeating Thoughts. Video Blog
Why Selfishness Is Making Me A Better Person
Share7
WhatsApp
Pocket
Share
Pin
Tweet
7 Shares