Stop Seeking Approval And Be Your Irresistible Authentic Self 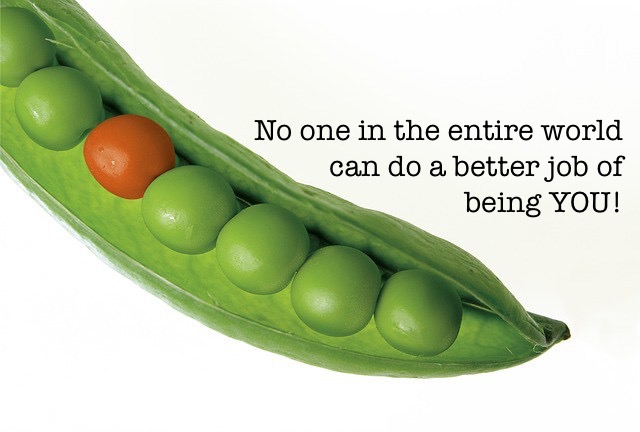 Do you often find yourself constantly seeking approval? Or perhaps you frequently compare yourself to others.

Guess what? I’m a fraud and I’m seriously guilty of both.

I’m a total and utter fraud. For so many years now I’ve tried to be something I’m not.

I’ve tried to copy and emulate what others were doing and as a result, I’ve become something that is a mishmash of the parts of other people.

When you lose your authenticity people can see through the facade.

I have spent years hiding from my true self and eroding my being by doing the things I think I should be doing rather than the things I love to do.

I’ve been behaving according to what I think people want me to be.

“He who trims himself to suit everyone will soon whittle himself away.”

But you know what I’ve discovered over the years about seeking approval from others? All that it accomplishes is make people love and respect you less, and less until they have none left for you at all.

That can be a big problem because when you behave a certain way, people can often come to expect it. If you suddenly change or want to be yourself, people may start to resent you.

There is actually very little to gain by faking yourself. You might win over people very short term, but longer term you will come out as the loser. You will lose friends, loved ones, respect, but the biggest loss of all? Losing yourself!

There is no bigger loss to you or anyone else as when you are not being your authentic self. You deny yourself and you deny everyone around you the pleasure of your true nature.

Stop Comparing Yourself To Others

There is no achievement greater than in knowing and living your true authentic self. This is something so simple and profound and yet so few do it.

“The strongest force in the universe is a human being living consistently with his identity.”

When you start to live inside out, your life will totally transform. Others will see your true light shining and will become intensely attracted to you.

You will not be doing anything to make anyone like you. You will just be yourself and you will be loving every moment of living from that place.

It’s more easy now to see what everyone else has done and that’s because it’s often all over social media. The only way to avoid it is to stop trawling the news feeds of others and focus on yourself.

You simply won’t achieve anything if you end investing all your time engrossed in what everyone else has done and then being envious of them.

If you want it to, the comparing can stop here and now! Forget about what everyone has done or is doing, and start focussing on yourself.

Why do we see so many mirror selfies on Facebook these days? Is it because people you are looking for ways to be accepted and appreciated?

Is it because they are seeking approval from others?

I admit I’ve done it on occasion but there are people who will put on the pouty pose and then post away aiming for those hundreds of likes and compliments.

That kind of approval seeking leads to an emotional roller coaster because of the temporary achievement being allowed to influence the way you feel.

However, if you can live from the inside out and decide the way you feel by being truly you, then no amount of likes or approval will not change the way you feel. You will automatically feel high because you are living your authentic self.

People are automatically attracted to those who exude their authenticity. They remain centred most of the time and as a result they emanate a special kind of charisma which is irresistible.

I’ll give you another example of living your authentic self. Recently there’s been a mass exodus of people leaving Facebook for various reasons. Now, some of people are leaving for genuine reasons and they’ve consciously decided that it no longer has value for them.

There’s a second group of people who’ve jumped ship, not because they actively looked within at their own genuine reasons, but because they saw other people leaving and decided “well, everyone else is doing it, maybe I should too.”

Mass mentality is not good for society. There is less value in being a sheep and acting like everyone else, then there is in being vocal about your true opinion.

Ask youself: Are you doing something that you really want to do or just because other people are doing it?

“The most important kind of freedom is to be what you really are.”

Taking Steps To Live As Your Authentic Self.

I can tell you from personal experience, that there is no more wonderful a space to be in than when you are living authentically. You garner respect organically and people truly feel uplifted in your presence.

The exact opposite is true also. When you’re in a vibrational space whereby you’re seeking approval people tend to walk all over you. It can make you feel terrible and worthless. You enter a vicious circle whereby you try harder to be loved, get respect, and the exact opposite happens. You actually begin to repel people.

If you’ve allowed yourself to become a person who is seeking approval, as I often have done too, don’t worry, it’s never too late to take steps and begin to live more authentically.

The initial phase will be tough. People who you previously thought your friends, might start to wonder why you’re behaving differently and as a result distance themselves.

That’s OK and that may happen, the important thing is to not then go back to your old ways and then go chasing back after those people. True friends with depth of understanding will come to realise exactly what it is you were trying to do and come to respect you for it.

“Be who you are and say what you feel, because those who mind don’t matter and those who matter don’t mind.”

Keep these few simple pointers in mind when returning to authenticity. It’s not an easy journey, it takes courage.

Your truth will always go viral. Being authentic packs one hell of a punch and it is unmistakable!

Set yourself free, by living authentically. In fact – make that your mantra from now on!

“I’m going to set myself free, by living authentically.”

I’ve made my fair share of errors. I’ve been and approval seeker but today that comes to end. My friend Arvind wrote an exceptional article about commitment and today I commit to living authentically, without seeking any kind of approval without comparing my achievements to others.

“A ‘No’ uttered from the deepest conviction, is better than a ‘Yes’ merely uttered to please, or worse, to avoid trouble.”

Join me in living authentically and help this to go viral. It’s an idea that needs to spread.

Stop chasing love, respect, and approval and set yourself free.

“Wheresoever you go, go with all your heart.”

Have You Discovered Your Unique Talent And Gift To The World?
Never Underestimate The Power Of Negativity
7 Mighty Quotes To Help You Through Difficult Times
10 Magnificent Messages To Spread Peace
Share1K
WhatsApp
Pocket
Share
Pin
Tweet
1K Shares