When You Walk Past A Beggar 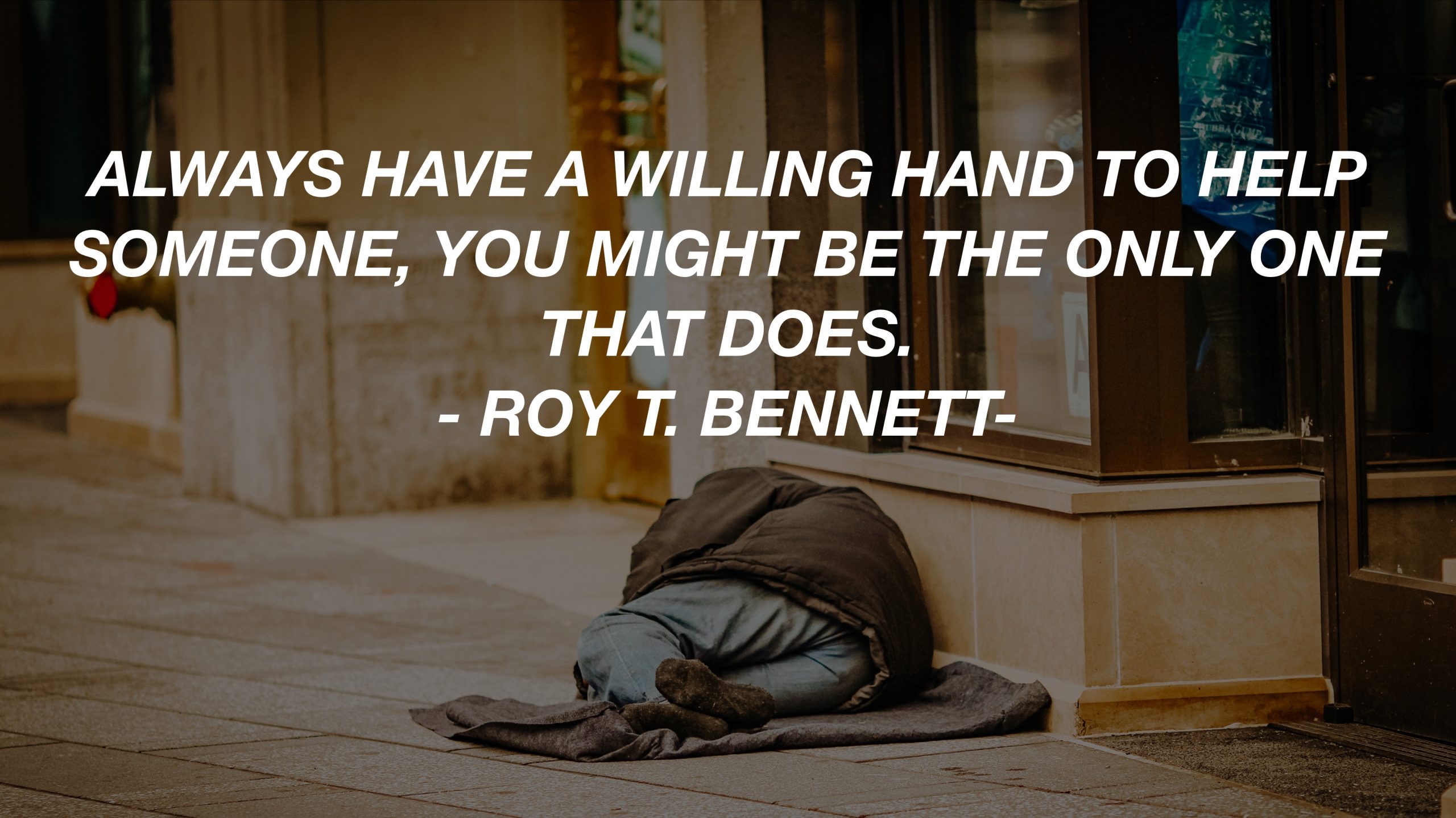 When you walk past a beggar, or a homeless person, What do you do?

If your first reaction is one of caution, that’s okay.

If your first reaction is one of putting extra space between yourself and the beggar, that’s okay.

If your first reaction is to look away from the beggar and try and avoid eye contact, that’s okay.

If your first reaction is to pretend they are not even there, that’s ok.

For many, walking past a beggar can be an indecisive time. We hear so many things about beggars and homeless people, that we naturally act cautious and may even have to think carefully before taking any action.

Past beliefs and karma

In the past, when I was much younger and more naive, I never used to give money to a beggar. I was always told, by my spiritual family, not to. I was told that I if gave them money and they then spent that money on alcohol, I would get the bad karma.

I was fed all sorts of beliefs that limited my perception and taught me to be afraid of doing anything genuinely good. I was taught to be selfish. I am fairly sure that I am not alone in this experience or alone with these beliefs.

Here is an example of some good that came out of a similar act: I was also told, never to donate blood because if my blood went to someone, who did something bad, I would get the bad karma from that.

After a while I broke free of that spiritual family. One day, some friends of mine were going to donate blood and asked if I’d like to go along. I had to think carefully for a while but then I decided what the heck and went along with them.

That was about 20 years ago and since then I’ve been donating regularly. I recently met a fantastic young lady who happened to stumble across my blog.

We quickly became good friends and I started to learn lots about her including the fact that her life depends on her getting a blood transfusion on a monthly basis.

Now just remember that we met randomly through her finding my blog, but then we realised that we both have the same blood type and that she gets her blood from the same place where I donate my blood.

So there I was, I was told to believe something when I was younger and I was given a very good reason why.

I was doing something and helping people which is my favourite thing in the world.

So there I was yesterday, walking past a beggar and feeling that initial insecurity; “what should I do? Where should I look? How should I feel? Should I acknowledge them? Will I feel guilty if I walk by without giving money? If I ignore them maybe they’ll disappear!” Do any of those questions or feelings seem familiar to you?

I decided yesterday to give this beggar, all the change I had within my pocket.

Before I did, I smiled and I knew that I wouldn’t catch anything.

I pulled out what I had, it was about £5 in change, I walked up to the beggar and gave him the money in his hand. When I walked away I didn’t think about what he would use the money on; I didn’t feel like I did it out of pity; I didn’t even feel like I was giving him any money.

I felt like I was walking past me, and this other me asked for a sharing, and in that way I shared something with this beautiful human soul. I didn’t think about what clothes he was wearing or that he may hurt me. All I could think was that this soul was a God, just like me.

It was very important for me to feel like my actions were not out of pity or guilt, but through my choosing and for a higher purpose. There were so many ways for me to look at the situation but my favourite was to think of that soul, having attracted that £5 by asking the Universe, and I was the response.

When you walk past a beggar…

If your first reaction is one of caution, that’s okay. But after you’ve overcome your caution, offer a smile.

If your first reaction is one of putting extra space between yourself and the beggar, that’s okay. But then, walk over to them.

If your first reaction is to look away from the beggar and try and avoid eye contact, that’s okay. But then look at them as if that was you.

If your first reaction is to pretend they are not even there, that’s okay. But then acknowledge them fully, and say hello!