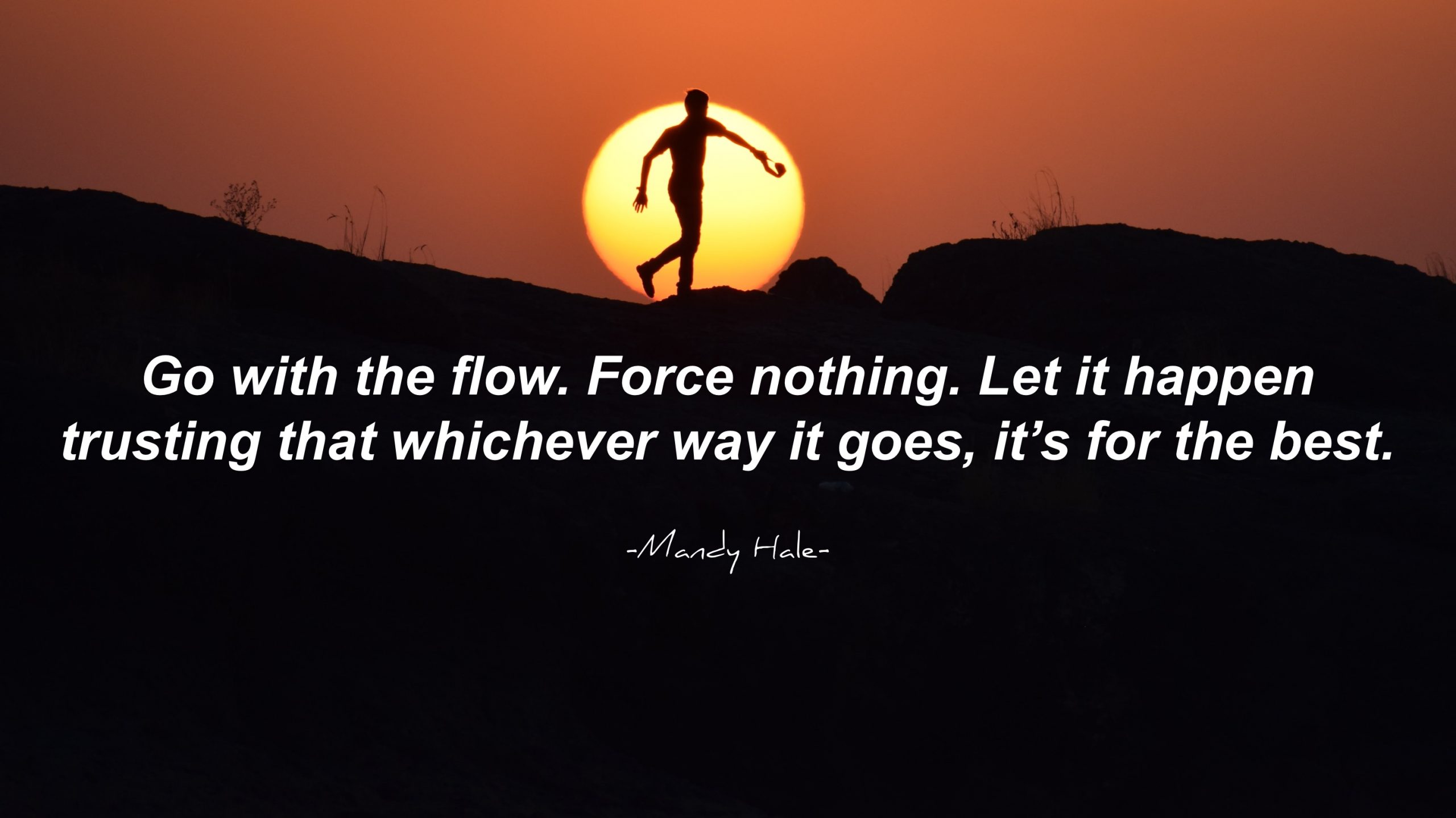 There is something magical when you enable yourself to capture your free flowing thoughts or your unedited thinking.

Another name I’ve also come up with for this is ‘naked dictation’ and probably one of the most powerful things I’ve ever learned or done.

This is an life-changing idea you can try right now.

I had this brainwave a long time ago and I realised how powerful it was going to be.

There are so many applications to this and I’ve already had another extended idea to branch out from this.

I suggest you only continue reading if you really want to genuinely experiment with a process that I consider to be one of the most powerful tools for unleashing creativity.

I had this idea after I’d had a vegan doughnut. (Whoever said junk food was bad for you is wrong!) 😆

I was just about to sit down and continue writing an article I’d started yesterday but I was hesitating because I felt like the words and writing were becoming too edited, to the to point you were not going to be reading ‘me’ as such, but very much an edited version of me. Then I asked myself why?

My thoughts do not always need to edited to the point where I am almost eliminating who I am from the writing. In fact, I realised the total opposite is true. Below you are about to get a real taste of ‘Amit Sodha’. (And perhaps the remnants of an doughnut too!)

You are going to hear the ramblings of a genius in the making! I’m so excited about this, I’m almost ready to explode! This morning has been a massive turning point for me. I awoken to an endless stream of wisdom.

I would describe the process as fearless writing. It’s writing without reservation or fear of being judged.

It’s amazing how much came out. Sometimes I’m conscious about how much I write in an article, I feel like I’m cheating people if I don’t write 700 words but on the flip side I don’t want the writing to also just be fluff to fill up the empty space.

So I was shocked to see that my unedited word count hit almost 700 in just a few short minutes. I didn’t do it today but I realised that could extract genius ideas from those ramblings.

I paid attention to the mundane thoughts and realised there is potential value there. If you record as you go along you’re more likely to capture those flashes of inspiration.

Below, block quoted, you can peruse the thoughts I wrote down literally as soon as they entered my head. It was actually not as easy to do as you may think. The thoughts were quite jumbled and my spelling was terrible so I had to do some spelling and grammar corrections just to make it readable.

Here just at this moment I decided to write every single thought that was running through my mind, no editing, just to see simply what would pop out as I sit in with the keyboard at my fingertips.

This is truly a bizarre place to be in, it’s like kind of being naked, right now anything could pop into my mind and yet I’m going to choose to get it down unconsciously.

Just then I had a flash of this finished piece. The whole idea was inspired by the thought that often when I think something in my head it sounds so good and yet when I then try and get it down it never quite sounds as good as it did in my head.

Just then I had a flash of inviting people to join with me in the experiment. It’s already intriguing me and I’m pretty excited but this new potential paradigm. I don’t expect it to become a thing I’ll do all the time as editing can be import to perhaps be more succinct. .

I woke up really early this morning for some reason after only about 4 hours of sleep. I find that when I start training hardcore, (which I’m doing right now for the marathon) ( I just took a sip of water) It always seems to mess with my sleep in the early stages. Although I don’t mind, I’m feeling quite fresh and since my family went to McDonald’s without me and got some Egg McMuffins and didn’t get me one I decided to go and get some before the rush hour. (okay okay I confess I had a doughnut and some hash browns too! 🙁 )

I have been telling people that I need to lose about 5 stone for the marathon but that Egg McMuffin sure didn’t help my case. I see my glass of water and I take another sip because I’m conscious the fact that I need to stay hydrated and the fact that my recent dry skin is probably attributed to my poor water habits over the festive period.

I just had a brief moment where I was stuck for thought and I’m experiencing it right now again because I’ve not in that place I sometimes get to where things just flow out.

I just had a momentary flash in my head of going on a search for a picture to use in for this post and I also thought about linking to loads of other blogs to hopefully get some exposure to this idea as I think it’s got real potential.

I think and I’m sure in some way it’s like an exercise some actors may do or impromptu comedy where they just act out what’s going on in their head in that moment. I just had the idea of calling this post ‘welcome to the school of unedited thinking’.

I genuinely this is a really powerful exercise for combating writers block and I just had a thought about how cool this idea is and how popular it’s going to make me.

Wow I just had a flush of good feeling, I’m guessing kind of like how women have hot flushes and so kind of like that. I just thought about a girl I really like at the moment, going to be meeting up with her soon.

I always picture how dates are going to go before I go on them but they never end up going quite the way you expect.

I just thought about one of my favourite comedians, Jimmy Carr, and I was thinking this is what it must be like to be them, they seem to be so natural in their thinking and this truly is a skill I want to cultivate and I’m now thinking about frequency, should this be a 7 day experiment or should this be oh wait I lost my chain of thought and started thinking about who I could link to and get to experiment I just thought about Jonathan at Advanced Life Skills and Robin at Naked in Eden now Zeenat at Positive Provocations and Steven at Change Your Thoughts (dude, this would be so awesome as part of your mind alchemy program) and now back to thinking about frequency and not sure about that.

OK just had a thought about job hunting. I was thinking recently maybe I should really settle on one thing or the other like going for a job or going all out and forming my business and I just then I thought about how long this piece was getting and then it occurred to me how much I can write without thinking, it’s not about length but it’s strange that my word count is already showing 761 words so easily and this is all in the space of about 20 minutes.

I stopped there because you can clearly see that I could’ve continued for a long time.

If you’re about to leave me a comment I would love for you to leave a comment of unedited thinking. Write exactly what is on your mind. Do not edit the spelling and grammar until later if at all. I just wanted to hear your genuine thoughts without any fear or reservation.

There are about a zillion applications to this exercise, maybe you’ll come up with something I’ve not thought of? If so let me know in the comments below.

8 Killer Mobile Apps To Supercharge Your Self Growth
The Pomodoro Technique Will Change the Way That You Work Forever
Is The ClubHouse App Just A Fad?
Use Timed Sprints To Make Yourself Unstoppable
Share82
WhatsApp
Pocket
Share2
Pin
Tweet
84 Shares